Why Bill Marimow is wrong

Let me offer a necessary caveat up front: Bill Marimow has done more in and for journalism than I ever will: He's been at the helm of some great journalistic enterprises—the Baltimore Sun, the Philadelphia Inquirer, and even did a stint at NPR—and collected a couple of Pulitzer Prizes along the way. He has decades of experience under his belt, and commands the respect of a lot of people in the news industry, and that includes me.

But boy, oh boy: His interview with Nieman Lab about the future of the Inquirer is not an encouraging read. I emerged from it more worried about the state of Philadelphia's most important media institutions than I was before.

And that's saying a lot.

Let me set the background: A few weeks ago, I wrote a column for The Philly Post offering what I called a "radical" proposal for the future of the Inquirer, the Daily News, and the company that owns them both: Make the Inky an all-digital publication, with a paywall and a Sunday-only print edition. In turn, get most of the DN offline and have it focus heavily on being the city's premiere print product.

I didn't really expect the proposal to go anywhere. But in an era of ever-diminishing returns for those publications, I hoped to spark a discussion on the kind of revamping that would allow the newspapers--I use that term generically, rather than meaning a specific print product--to survive and thrive five or 10 years from now.

Luckily, Nieman Lab's Adrienne LaFrance saw my piece, and asked Marimow directly about it. His response:


I did see that. Earlier I said we need to be excellent in every shape and form. Well, if the Inquirer were to go digital-only, it would deprive a whole generation of older readers. For instance, my mother is 89-and-a-half years old. She lives in Northeast Philadelphia and reads the Inquirer every day. She doesn’t own a computer. Her knowledge of computers, I would say, is minuscule. If there were no Inquirer in print, she would have to buy a computer, and at the age of almost 90, master new technology, or go to the Daily News, or stop reading. To me, that would be a big mistake. I’m a big advocate of making sure that everyone who values our content can get it in whatever format they want it, and that includes print.

I mean no disrespect to Bill Marimow's mother, but I am deadly serious when I say this: A business that's making major platform decisions based on the preferences of its 89-year-old readers is probably not a business that's going to last very long. For obvious reasons. That's not a cheap shot: That's just the truth. Consider this tidbit from a Pew survey in late 2010: "While 26% of all Americans say they read a print newspaper yesterday, that figure falls to just 8% among adults younger than 30." It's not that they don't want or don't care about news, though: That same age group was spending 45 minutes a day consuming news: It just wasn't from a newspaper.

In the next question, he built on that answer, defending print as a platform:


The argument would be: If every single Inquirer reader wanted something other than print, you could argue there should be no print. But in my opinion, there are a lot of people who may read the Inquirer or another paper online as a matter of convenience as opposed to a matter of preference. If their preference is print, then I think we should give them print, at least until an overwhelming number of our audience is totally converted.

If I'm reading Marimow correctly here, he's saying that print should be preserved because a lot of people like it better than reading the news in a digital format. But there's a difference between what people want and how people actually act: People may prefer reading in print—there's a real pleasure to it!—but every American editor who has reached Marimow's level is pretty aware of readership surveys that suggest newspaper subscribers often abandon the product because they don't have time for it, and unread newspapers end up piling up in the front hallway. As a general rule, it appears that convenience is a much bigger driver of news consumption habits than preference. Convenience is driving people online. A business that's making major platform decisions should give its audience what they'll actually use.

Marimow does say that the Inquirer needs a better online presence, that Philly.com has to be something better than what it is now—and boy, is he right about that. But to me, the most telling part of the interview is when he's asked how to do journalism in an era of declining resources:


The current owners purchased the company for $55 million, and they have no debt. So they have an opportunity to both strive for increasing revenues and also tightening their belt economically. If we’re successful in restoring the company to profitability, the more possibilities there are for increasing the newsroom coverage both in terms of space in the paper and staffing.

What this sounds like: "We're waiting to become profitable in order to do the kind of journalism we want to do again." That may be a long, long wait.

I'm not overly attached to the proposal I put forth at The Philly Post. But what I did attempt to do in the proposal is this: Accept that the good old days of plentiful resources aren't coming back. Accept that you're not going to be all things to all people. (It astonishes me that the front section of the Inquirer is still filled with so much national/international wire copy, for example.) Instead, retrench so that you can play to your strengths, both as journalists and in reaching your natural audiences. You will lose a few people along the way, but you'll be better set for the long run, instead of waiting for the next inevitable round of staff cuts.

Marimow's apparent vision seems to boil down to this: Same old Inky—trying to be all things to all people on all platforms throughout the entirety of the region—with a somewhat better web presence. There is more hope than apparent strategy there. And I don't think that's going to cut it.
- September 05, 2012

I'm one of those people who likes print better. But guess what - the decisions that the Inquirer, DN, and Philly.com have made *with their digital product* are driving me away from print. You know why?

If I read an interesting story in the print copy and want to send it to someone, the search engine on Philly.com can't find it at least 20% of the time (I search about 15-18 times a week for various things on Philly.com).

If I want to search by the reporter's byline, I can't. And when I DO have a link to a story, it often goes dead in less than 2 days. I've had a half-dozen dead Philly.com links in the past two weeks.

These are not the actions of a newspaper that cares about its print readers. So what if I stumble across something interesting or important in the print copy, if I can't find it online? It wastes my time and makes me frustrated -- hardly a good customer relations tactic.

I wrote a detailed e-mail with suggestions to the Inquirer months ago. It took seven weeks to get a response, and the response I got was gracious but uninformative. It asked me if I would be part of a focus group. I replied the same day to say yes. Two months later I still haven't heard a word.

If you want your customers to buy your product, you have to treat them like customers.

Three thoughts about TOOTSIE, coming up after the trailer: * TOOTSIE is a fantasy about a bunch of New Yorkers who act like they've... 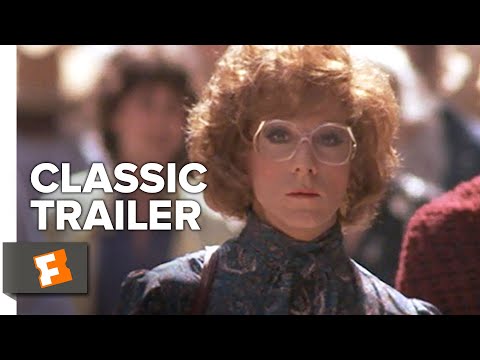