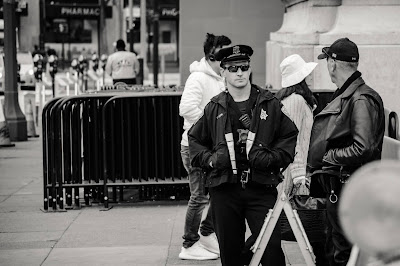 Today the White House released its "National Strategy for Countering Domestic Terrorism." The promise is that it "lays out a comprehensive approach to protecting our nation from domestic terrorism while safeguarding our bedrock civil rights and civil liberties." But fighting terrorism -- a necessary task -- is in always tension with protecting civil liberties, as should be obvious from our experiences over the last 20 years. It probably won't be different this time -- and the danger is that as a result, the radicals might take the whole thing as proof they're on the right track. (We've seen it before, domestically: Ruby Ridge and Waco led to Oklahoma City.) I'm not sure the right balance can be found.

Review: 'How to Hide an Empire' 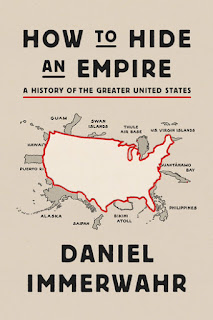 "The history of the United States is the history of empire." Many American readers will recoil from that conclusion -- we think of ourselves as Luke Skywalker, not the Death Star --  but Daniel Immerwahr makes a fair case. His book as a easy-reading primer on America's territorial expansionism, ranging from Daniel Boone through the occupation of the Philippines and Puerto Rico, all the way up to the military bases in Saudi Arabia that were a source of anger leading to the 9/11 attacks. (For me, reading about America's war against rebels in the Philippines during the early 20th century is always a source of shame and rage.) Even today, some four million people occupy territories governed or possessed by the U.S. At one point, that number was 19 million.

One of those territories is Guam. Immerwahr quotes a military analyst discussing how the Guam's people have no say in how the United States uses their territory as a military base:

Immerwahr goes further, showing how technology has enabled the U.S. to mostly evolve away from a territorial empire into something more subtle: Globalization. America dominates the Internet, the setting of international industrial standards, and even the language that people around the world use to speak and write to each other. In so doing it has created what the author -- quoting Winston Churchill -- calls "empires of the mind."

That doesn't seem as obviously, immediately pernicious or racist as taking over a distant island and telling its people they have no say in how their collective futures. But knowing that might change the way Americans see themselves -- and how they might expect to be seen from the outside.  They can start by picking up Immerwahr's breezy, very readable short book.

Review: 'Klara and the Sun' 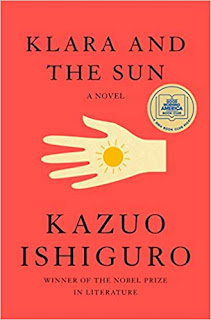 Faith is something we cobble together out of our own needs, observations, coincidences and hope. And yet it also helps us create the story of ourselves for ourselves -- it might be not entirely rational or correct, but that doesn't mean it can't be meaningful.

A lot of reviewers have talked about Kashuo Ishiguro's "Klara and the Sun" as a love story, and it's sort of that, but it's Klara's faith journey that sits with me most. Our protagonist is an "artificial friend," a living doll of sorts chosen to be a companion for a young, sick girl. Klara, we see from the beginning, is endowed with a consciousness, but is treated by humans around her either as an object of sorts -- one unkind character likens Klara to a vacuum cleaner -- or as a potential vessel for something of more value than she intrinsically possesses.

We see from the beginning that Klara sees the world in patterns, observing objects and vistas as something less than the whole of their parts -- describing the world instead as a series of colliding geometries; it often takes time for her to reconcile those geometries into a rough understanding of who, or what, she might be seeing. In reverse fashion, she takes a series of observations and coincidences -- as well as her own body's particular needs -- to fashion a likeness of religious faith, treating the Sun as a deity endowed with its own consciousness of its own. In both cases, Klara never quite sees a thing for what it is.

And yet, a miracle happens.

Or does it? The medical crisis at the center of the book is resolved, seemingly by divine intervention. But we're also told that other people who have suffered the same sickness have sometimes -- sometimes -- gotten better for good after experiencing the same condition. Maybe what looks like a faith healing is in fact something a bit more random.

But the faith version of the story gives Klara a way to organize everything she's seen -- a way to "place her memories in the right order," as she says at the end of the book.

There are many ideas going on in "Klara." Thoughts about how elites treat those below them as disposable. How those "lesser" people find meaning in a world not built for them. Ishiguro's prose is as elegant as ever -- and his themes as large, and unsettling, as they've always been.

I'd never heard this song before this weekend. Now I love it.

Email ThisBlogThis!Share to TwitterShare to FacebookShare to Pinterest
Labels: music

One of my favorite songs ever.

Email ThisBlogThis!Share to TwitterShare to FacebookShare to Pinterest
Labels: music

Ten years ago today I went to the emergency room at Thomas Jefferson Hospital, knowing that I was sick but unaware how close my body was to failing entirely. The doctors saved my life. But my body was left broken. I am grateful that I didn’t leave my son fatherless when he was still a toddler. I struggle every day with how to make a good life in a broken body. I am better at that task right now than I have been, but it is still an effort, and the trauma of that year never really goes away. That’s life, I guess. Is there a German word that captures a recognition that one is fortunate but also haunted by a sense of loss? That's me.
Hopefully, I’ll be here in 10 years to give you another update. But nothing is guaranteed. Take care of yourselves and your loved ones.
- April 30, 2021 No comments:

Email ThisBlogThis!Share to TwitterShare to FacebookShare to Pinterest
Labels: surgery

My latest at The Week:

Biden is thinking big. If the tone of the speech was quiet and personal, the ideas were big and transformative: proposals to spend billions upon billions of dollars to create jobs, support young families, and expand affordable access to both health care and education. In the first 100 days of his term, Biden and Democrats in Congress have already done much to expand the breadth and scope of the federal government, but so much of that has been done on a one-off basis, necessitated and made possible by the COVID-19 pandemic and floundering economy. After a generation of watching Democratic presidents genuflect toward the legacy of Ronald Reagan, Biden's willingness to put his credibility on the line for such proposals is still fairly astonishing.

Read the whole thing, as they say.